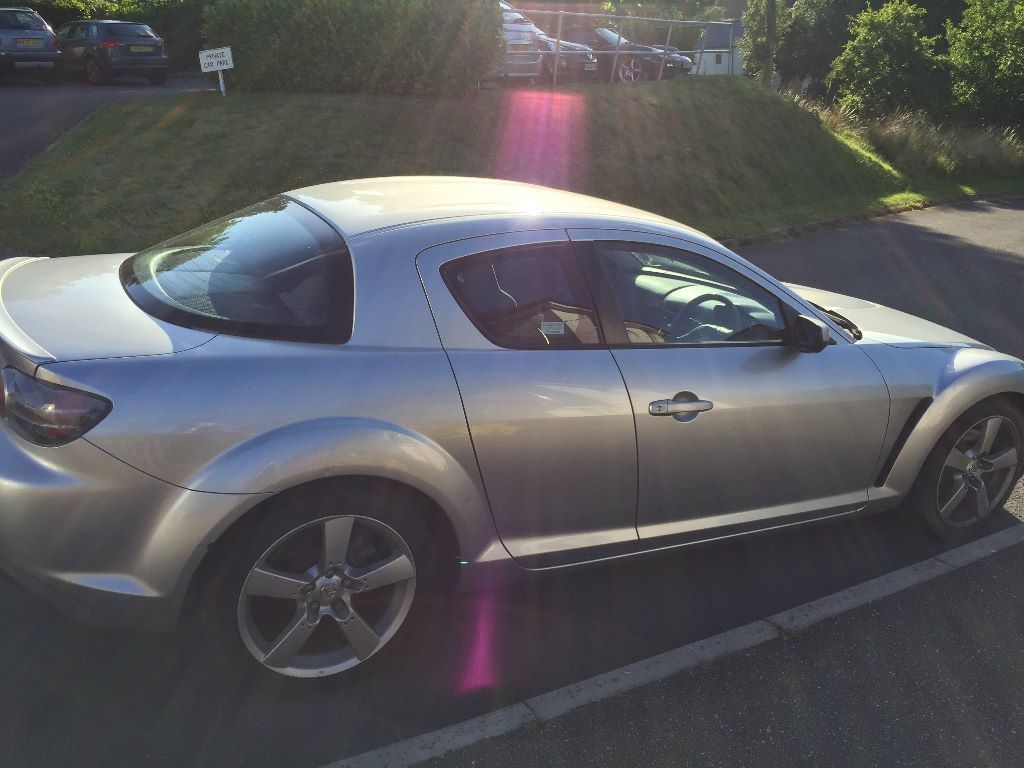 The day started with us arranging to come and view the car with the seller, the viewing time was arranged and booked for around 4pm. The car was in Lyme-Regis so the drive was going to take about an hour. The roads were beautiful and straight though so it was actually quite a nice drive… After winding our way through narrow and jam-packed streets through the centre of the town (thanks Apple Maps), we arrived at our destination. We were greeted by the sight of the car we came for, an RX-8. The car’s a non-runner, but hey, I came looking for a project!

We tried to get it started by recharging the battery but there was not enough power, so it just about managed to turn the rotors before needing another recharge for a second try. After several attempts, the car wouldn’t start. We narrowed it down to three things for starters: Dead battery (just not enough oomph), flooded engine (from too many previous attempts), broken coils/leads/plugs (common problem with 8’s). All of these problems are relatively easy to fix, so, none of them worry me too much or change my mind about the car, as I said earlier, I want a project not a show car!

Anyway the keys are in my hands and the car will be home soon, I’m really exited about getting the project on the road.