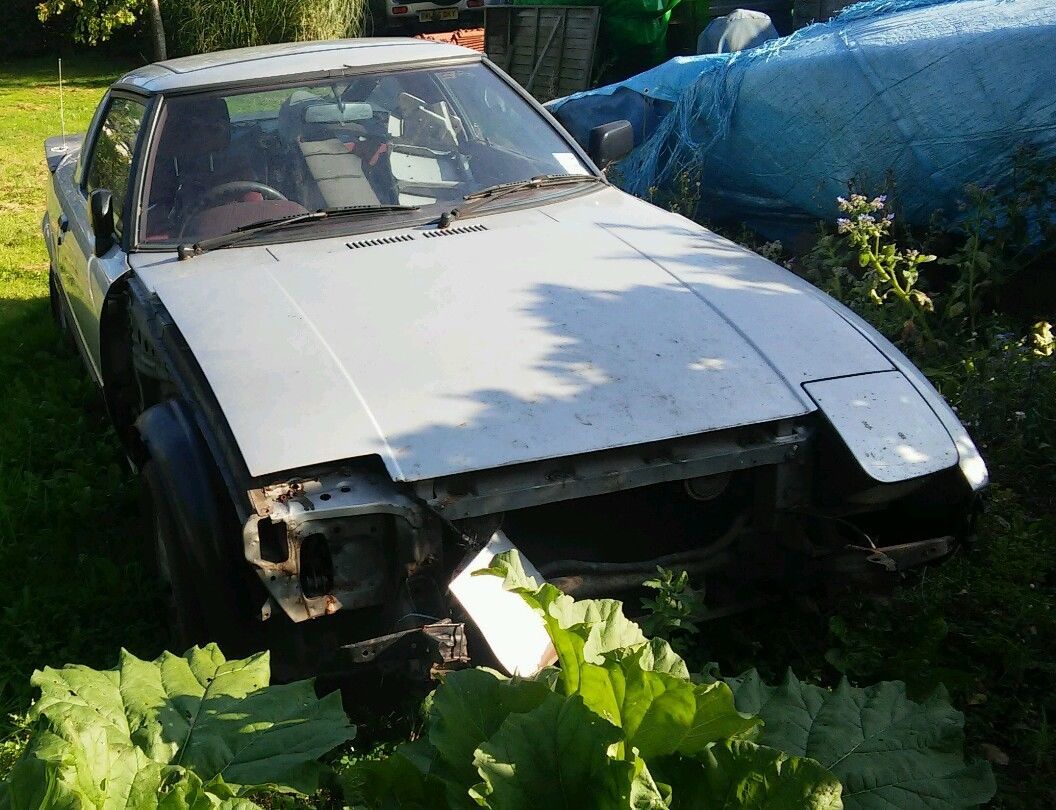 So, this week some very interesting ads came up on Gumtree, the first one being a First-gen FB RX-7. These are very rare all over the world and the fact that one was being advertised for £1,500 was amazing.

We all thought this was an going to be amazing project car so we Emailed the seller, and found out that the car was being viewed two times before we were able to go, also we found out it had been in an accident and the front was damaged, our high hopes went down.

After a day we saw that the RX-7’s ad had not been taken down yet, this gave us some hope of at least seeing the car. Then inevitably, the car was sold. I then thought about how the project would of gone if we did get the car, and I realized that the project would probably turn into a restoration build instead. I didn’t want to do this as I would really like to do a Drift build that gets me racing on the track.

So after this moment of thought and reconsidering, we went on a hunt (again) for an RX-8. It happens that about a year ago my parents were looking for a car to buy, we stopped at many places which could be selling a possible motor and eventually we came across a humble little place in the Matchams area. Although we didn’t get a car at the time there was an RX-8 for sale there.

And today there is a new red Nemesis edition RX-8 and an FC RX-7, this got me extremely exited to go and see the two Mazdas . We hope to see this holy grail of a find sometime this week, but then, anything could happen to those cars.

Until Then, bye drifters. 😉