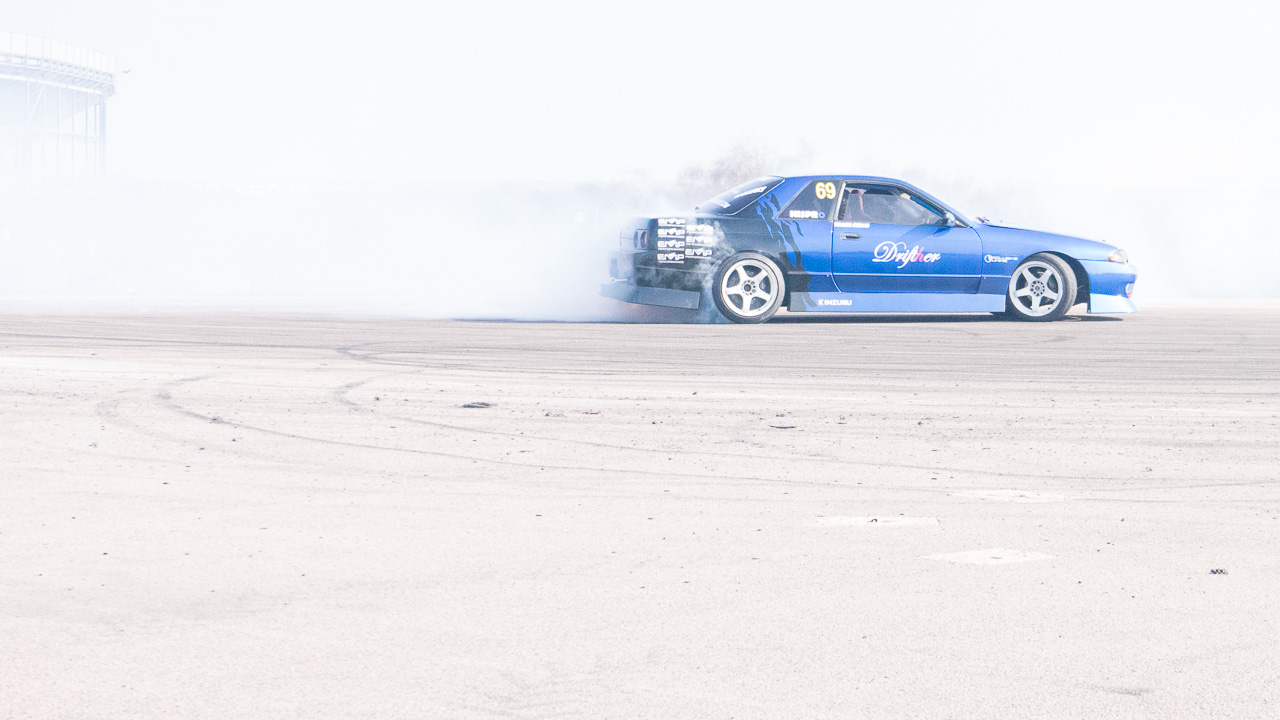 By Easter 2017, I have to submit a project at school. I get a whole year to work on it and I’ve chosen to build a drift car for my project. ‘Drift project‘ is ‘Dorifutopurojekuto’ in Japanese.

I’ve been into cars since I got given my first toy car, aged 2. It was a multicoloured car transporter which spoke Spanish! Eventually I got into Japanese cars and drifting, which inspired me to start my own racing project – I’m really excited about this.

I’ve been to a couple of TRAX events before, which were focused on the custom part of the car scene, but recently I’ve been to Drift Matsuri which was a less showy event and a much bigger insight into grass roots drifting. The cars ranged from a banged-up BMW to a high-performance twin-turbo Mazda. Everyone was really friendly and it didn’t matter if you had a £500 car or a £50,000 car, you could still race.

It was very inspiring – I got to talk to one of the drivers from the SlipWheel drift team, Sean Malone. He reassured me in getting an RX-8, which I’ve been thinking about for a while. I also got a ride in a drift car with Belinda Challis from DriftHer in an R32 Skyline – it was really exhilarating and drifting is a lot faster than it looks!

So far, I’ve concluded that a Mazda RX-8 is the best car for me – they are cheap, powerful and basically ready to run, apart from a welded diff.  The car will ideally cost about £500 and welding the diff will be around £80. Obviously there will be lots of costs on top of this, which I’ll work out and fund (somehow!).

After finding the right car and working out how much it will cost overall, the next step in my project is fundraising – I need enough money to purchase the car and everything else it will need. So watch this space – here I go…

Any tips, advice or general inspiration will be greatly appreciated – please leave your comments below.